It’s not just about getting rich and having a lot of money. Perhaps Naval Ravikant was accurate in his Twitter thread. “Seek wealth, not money or status. Wealth is having assets that earn while you sleep. Money is how we transfer time and wealth. Status is your place in the social hierarchy.”

Many people define wealth as a collection of disparate values. Wealth can be described in terms of monetary gain, good health, or the ability to live a desired lifestyle.

Whatever definition you use to define wealth, one thing is certain. Wealth is about financial independence combined with peace of mind.

Contents hide
What is a wealth mindset?
How to develop a wealth mindset?
1. Figure out your desired wealth
2. Let go of the poor mindset
3. Give it some time
4. Never stop hustling
5. Convert your thoughts into actions
Conclusion

What is a wealth mindset?

If you’ll watch interviews of different wealthy people, they will have different ways and methods to which they generated wealth. There was no one method or miracle which made them wealthy overnight.

Therefore, in every case, these successful people would quote that their mindset made them reach here. Perhaps having a wealth mindset from the very beginning helped them set the priorities and everything else was secondary.

So what is a wealth mindset? Perhaps a set of beliefs, ideas, habits, behaviors, and patience to live a simple life makes all the difference. A wealthy mindset teaches you to stay patient and be mindful of your money.

But it’s not easy obviously. That’s why you don’t see everybody being wealthy. A wealthy mindset guides you to spend on important needs only. It’s about making smart financial moves, it’s about generating a new source of passive income with minimal risks.

How to develop a wealth mindset?

The good news is that you can learn to develop a wealth mindset. It’s about all things we have mentioned but it’s not just that. You’ve to be careful, be patient, and strategist about your money.

Moreover, there are certain habits and long-term planning methods that will help you get the wealth mindset. Here are 5 ways to do that.

1. Figure out your desired wealth

Why? Because you want to be happy when you achieve a goal and not get unsatisfied because you want more. Therefore, having a set goal that has accurate numbers will make you happy and satisfied when you finally reach there.

Therefore, don’t define your desired wealth goal with the typical mainstream definitions. Like having a sports car, living in a fancy apartment, and wearing designer clothes. Be more than that. Go beyond these mainstream definitions because that’s not the true definition at all. It’s created by people who can only imagine it but never worked hard to figure it out.

Hence, in reality, you must define your desired wealth in terms as specific as this:

2. Let go of the poor mindset

The opposite of a wealth mindset is a poor mindset — it will make you poor. And it’s no surprise that most people have it without realizing it.

A poor mindset has the following thinking patterns:

Naval Ravikant said something really accurate about this:

Therefore, having a poor mindset will make you miserable. It will get more heartbreaking if you don’t change it. Be more optimistic towards your future and trust in yourself. There are ways and methods which will make you wealthy over time but if you won’t lose this mindset, nothing will work.

3. Give it some time

It might be the hardest part but once you learn this — you become absolutely powerful and indestructible.

Here is the biggest truth bomb about generating wealth: It takes a lot of time and it’s a slow process. The fact is that most of the fortunes are build over decades of planning and consistency. Therefore, compound interest is your biggest ally while building assets.

Einstein had it right about compounding, “The greatest power in the universe.” Hence, in almost all cases, people become became rich because of compounding. It works best with time, it is slow and the growth is incremental. But the results are shocking.

For example, According to Stanley and Danko, it takes the average millionaire 22 years to accumulate a million dollars from the time he gets serious about his financial life.

Therefore, every dollar counts when it comes to compounding. Save it, invest in, get returns and generate wealth over a period of time. So it’s simple you see. Save a lot of money and start investing early so that you have more time for compounding and your money will grow while you sleep.

So now you know about compounding and other important aspects of developing a wealth mindset. What now?

Now you should start focusing on something primary: yourself.

Yes, treat yourself as the most special and important person in your life. First, you need to love yourself and take care of yourself then only you can do the same for others.

Spend time and money on developing skills and upgrading your knowledge. Enroll in new courses, consume valuable content and read books. You can never lose the learning mindset.

Learn other skills that are not technical but will drastically improve your wisdom and help you scale. Learn to:

5. Convert your thoughts into actions

Let’s make one thing very clear: you need to work really hard to generate wealth. We don’t want you to just read this article and forget about it. Until and unless you take action, your plans and thoughts are nothing but wishful thinking.

Have a solid plan, follow it, and take actions based on that.

Let’s take a real-life example. Let’s say you planned your financial goal for the next 5 years. The plan is solid and reasonable. But there is only one problem: You’re still on the same couch where you jot down all your goals. You didn’t move and took the first step where it all starts.

Therefore, to start something which produces wealth, you need to put in lots of hours – especially initially. For instance, if you want to develop a product or a business that makes you passive income while you sleep; first you’ve to get some work done. You’d have to get rid of bad habits to be more productive.

Here are more bad habits that might be ruining your time and wealth:

The list goes on, but you already get the idea. The good news is that you’ve got a pretty accurate idea about what you should be doing and whatnot. Therefore, take a deep breath and stop doing counterproductive things.

Understand that wealth creation depends on:

We are not saying that most of the other points we mentioned are not crucial. But this part: “Convert your thoughts into actions” is just the central point. Even if you don’t remember other points but you religiously follow this part, you’d be able to develop a wealth mindset.

There’s no sure formula that works for everybody. If you ask the successful people, they would give you some rough idea that they remember. Because the truth is that we are different individuals, and what works for somebody might not work for you.

Therefore, follow people, learn from their mistakes, read their biographies but take the intelligence not wisdom. Because you can only create that by trying things that work for you.

Additionally, you may start working hard, saving early, and start investing but in the end, you have to make personally the right decisions. So do follow these wealth mindsets ways and combine them with your own very personal ways. And after some patience, you’ll achieve a wealth mindset and become financially independent. 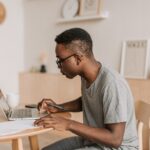 How To Build A Freelance Portfolio (To Get More Leads)? 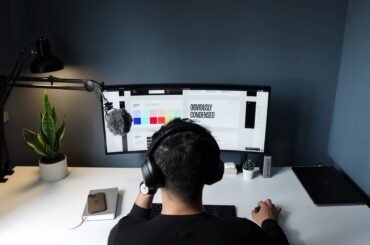 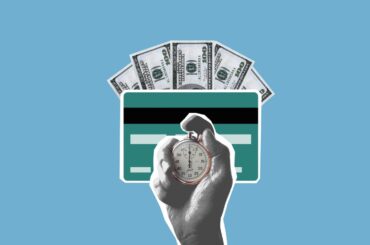 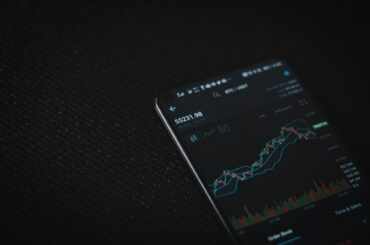 13 Passive Income Ideas That Will Make You Wealthy 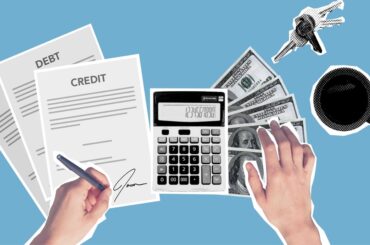