How to Take Action: Beat the Fear with 5 Easy Habits

Think about it. How amazing it would be to come outside of your thoughts and actually start taking actions rather than romanticizing only.

It’s something like this. You set a goal to achieve. You started to think about all the important steps you will need. But never actually started it in the real world. It was all in your head only. Why? Because you missed out on the most important part—taking the action.

Let’s say you want to learn to code, gain some muscle, or you want to open your dream restaurant. So you created this whole plan on how to do it, how to take actions and how life would look like once you get succeeded. But of course, there’s one big problem—the execution is required to get there.

And you never did the execution part.

But why is that? It sure doesn’t feel good but we still don’t execute anyway. We don’t take action—the only way to get started. Well, there are multiple reasons for not taking action. Such as fear of failure, lack of motivation, or just being hesitant for some reason.

And after a while, we are left with hopelessness only. The only action we took was to think about taking the actions. And the longer it goes, the harder it gets to overcome our hesitation of doing it.

And the longer the idea stays in your head, the heavier it gets. Because sometimes, you just need to do it anyway. No matter if you’re ready, no matter if the conditions are perfect, and no matter whether you would fail or get successful. You just have to take action.

Dreams don’t work unless you take action. The surest way to make your dreams come true is to live them. Via Goodreads.

Therefore, in order to avoid this situation, here are some habits you can develop on ‘how to take actions’.

1. Don’t wait for the Perfect Time

It’s only ruining your productivity. Let’s say that you want to write a book. So you started to overthink the plot, characters, story, etc. because you want the book to be perfect. But because of it, you never started with the first draft.

And we know that whether it’s the first draft of a book or the prototype of a machine, it’s not meant to be perfect. So you must get the first draft going so that you can start improving on it. Therefore, whatever you’ve to do, there is no perfect time than right now.

Failure is inevitable. You have to face it one day. And the sooner you face it, the less time you waste. But if you try to avoid it, you try to hinder the whole process of taking action. Think of failure as a stepping stone. The more failure you face, the closer you get to your dreams. Since every stepping stone works as a lesson that teaches you and prepares you for a difficult situation.

Failure is an option here. If things are not failing, you are not innovating enough.

3. Fight your Fears by Taking Actions

Sometimes we are just afraid to take action for several reasons. And the best way to overcome your fear is to do the thing—taking action anyway. Let’s say you want to learn guitar but you’re too afraid. Well, start jamming it anyway.

That’s the only secret. Most of the time, these things look terrible because we’ve been avoiding them for so long. However, it’s only after doing them that we realize—it wasn’t that bad or it wasn’t that hard.

You won’t play your guitar like Jim Hendrix, but that’s not the point. The point is to beat your fear of picking up the guitar. Once you do that, you will recognize that it was the best decision ever and you will thank yourself later for that.

Continuous work is way more important than hard work. Let us explain. Let’s say that you want to lose some weight so you started the workout. And because you’re highly motivated, you decided to do the workout for three continuous hours. What happens the next day? You won’t even show up to the gym because you’d be too tired.

That’s where consistency comes into play. It doesn’t matter the number of hours you put, but you maintain that consistency every day—that’s how habits are made. Therefore, instead of three hours, start with 15 minutes but do it every day so that it becomes a habit.

The same rule applies to studying, writing, working on a project, or anything else. You can start with fewer minutes initially and then once you get comfortable with that amount, you can increase it accordingly.

It might sound wrong, but what we are truly saying here is to stop caring about the results. Instead of focusing on the future and obsessing about it, just be present in the moment. When you stop thinking about your desired results, it gets easier to start and to take action. Because now you don’t have to carry the weight of the outcome.

Therefore the whole idea of focusing on the moment and taking actions gets so much easier when you don’t expect too much.

For instance, if you want to start a YouTube channel to get famous, you wouldn’t enjoy the process so much. Rather, start a channel because you get a kick out of it. This works because you’re not running for something, and this also reduces the fear of starting something—perhaps taking action!

Fear is not a real thing, it stays only in our minds. But it’s more like a parasite, which you don’t see, but it’s ruining your body. Fear comes in all shapes and sizes but every kind should be eliminated.

The only thing that can beat the fear, expectations, perfectionism, etc. is taking action. Taking actions without overthinking is the only way. The only pursuit to success.

Therefore, that’s what we would like you to embrace. All the habits and examples mentioned here are nothing but a way to beat overthinking and start taking action!

Also read: 3 Techniques to Become More Assertive (Without Being Aggressive) 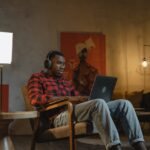 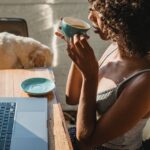 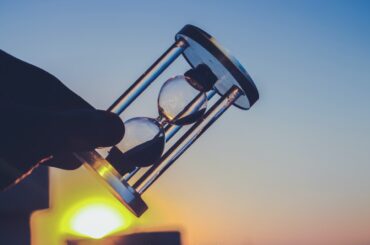 Warning: 15 Things You Need to Stop Wasting time On 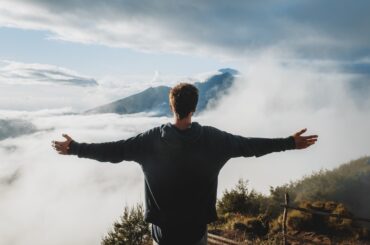 7 Biggest Obstacles That Are Holding You Back from Success 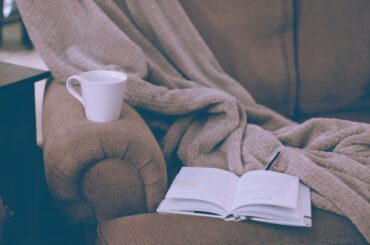 How to Stay Happy During a Pandemic – Thinking About Long-Term